One of may favorite duvet covers and shams actually comes from TARGET!  Without spending hundreds of dollars, the bedding featured below has the look and feel of its counterparts in Anthropologie and Pottery Barn. The cotton fabric is so soft and light and it isn't hard to keep clean. 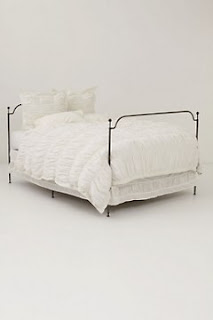 Welcome to my interior decorating blog that offers design advice with local and regional resources. My objective is to create a space that reflects the individuality of each client and give them a space that they are in love with! 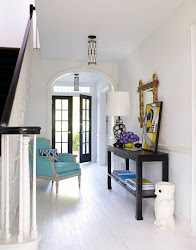 Please contact me at dabriant@gmail.com for any variety of design services! I provide complete designs to clients and in home consultations in the NJ/NY/CT tri -state area.

Thanks for the Mention!

The Cream in My Coffee!

Denise Briant
I am in my 30's and married for 18 years to my sweet husband Adam. What has inspired me to write this blog? I developed a passion for interior designing the day we moved into our great 1800's colonial in Hunterdon County, New Jersey. My wonderful husband, who happens to be a finish carpenter with his own business, did a fabulous job restoring the house with original details and a few updated modern twists. After scouring magazines, the internet, antique shops and flea markets in my area, I really began to appreciate how we can personalize our homes and not have a cookie cutter look. The big glitch in our case was.......our budget but after many hours of searching and talking with friends, I came across so many great finds within a 50 mile radius of New York City! Please follow me as I blog and update you on great shops, internet sites, flea markets, antique stores, design tips and designers that have inspired many of us to create a beautiful and comfortable home. If you are in need of an opinion about decorating or have any suggestions for a post, please contact me at dabriant@gmail.com!